Located on a superb location in Stobrec, an attractive coastal town, south of Split, approximately 5 minutes from the famous city.

This region is with no doubt one of the most beautiful in the world. The Adriatic sea on one side and mountains on the other side offer a number of possibility for the players to discover other activities.

The climate is also one of the big assets of this region. With 300 days of sunshine per year, players are able to play outdoors all year long. 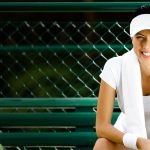 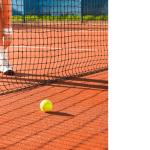 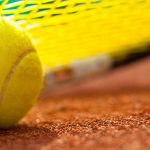 Within the Tennis Camp Stobreč, nine tennis courts are in use, of which two in a closed hall. There are all accompanying objects like locker rooms, sanitary facilities, a cafe–bar with a terrace. All this is located on some 13000 m2 of land, only thirty meters away from the sea.

Along with the facilities in the Camp, part of the plan and training programme with the members is done within the park – forest Marjan and a fitness centre.

Future development of the Academy

The management of the Tennis Camp Stobreč, following the major success achieved so far, works intensely on further development of the material – technical facilities of the Camp.

The Camp will soon, along with the existing facilities have a hotel with many additional contents that will be able to comply with the requirements of the most demanding guests. The project design of this future 4 star hotel – which is drawn up based on experiences gathered all over the world – is in the final phase, so that just the spatial development plans need to be harmonized to start the construction works.

Besides this hotel, it is also planned to construct a multi-usage hall, with two tennis courts and a fitness section.

The tourist destination in which this Camp is located is another guarantee that our future guests and athletes will have a variety of interesting contents even outside the Camp itself.

Organization of the tournaments

Under the organization of the Tennis Camp Stobreč, since it was found until today, more than 300 tournaments of different ranks and for different age categories have been organized.

We would emphasize here the organization of the National championship of Croatia and a series of international tournaments.

Regarding important international tournaments, we would point out:

Along with our Camp, other tennis clubs of the area also organize tournaments, so that our Camp members are enabled to participate in many tournaments and competitive matches.